Constantinople, the Queen of Cities 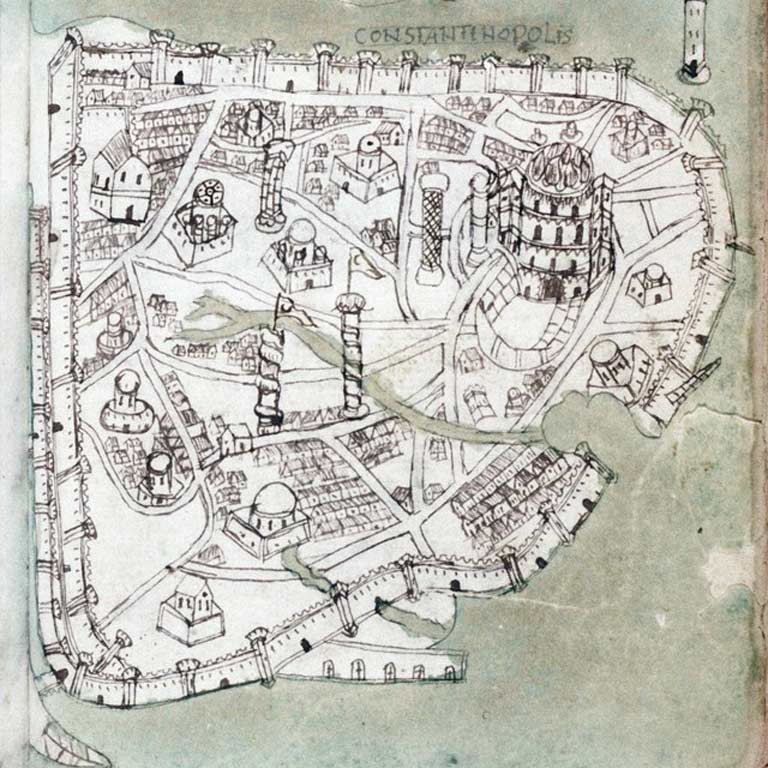 From its foundation as a New Rome in the fourth century, to its fall to the Ottoman Turks in fifteenth century, the name “Constantinople” not only identified a geographical location, but also summoned an idea. On the one hand, there was the fact of Constantinople, the city of brick and marble that rose as the capital of the Roman Empire on a hilly peninsula jutting into the waters at the confluence of the Sea of Marmora, the Golden Horn and the Bosporus. On the other hand, there was the city of the imagination. To pronounce the name Constantinople conjured a vision of wealth and splendor unrivalled by any of the great medieval cities, east or west. The commanding geographical location together with the city’s status as an imperial capital, the correspondingly monumental scale of its built environment, the richness of its sacred spaces and the power of the rituals that enlivened them drove this idea, even as its urban fortunes waxed and waned in the course of its millennial history. The devastations of earthquakes, fire, plague, and pillage notwithstanding, the idea of Constantinopolitan greatness prevailed. If there was one thing about which the diverse and often quarrelsome populations of the Middle Ages could agree, it was on Constantinople’s status as the “Queen of Cities.

In this seminar we will consider why it was that Constantinople enjoyed this reputation by examining such physical aspects of the city as its urban design together with the traditions of painting, sculpture, and architecture that shaped its civic spaces over the course of a 1000-year history. These topics will be addressed in the context of such historic institutions as the imperial court, the secular and monastic traditions of the Byzantine church, and Christian pilgrimage. We shall also examine the early modern antiquarian interest in the city that has shaped its legacy for students in the modern age.