The Symbolist Roots of Modern Art 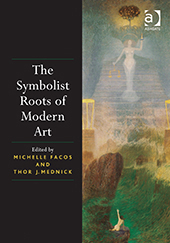 With the words ’A new manifestation of art was ... expected, necessary, inevitable,’ Jean Moréas announced the advent of the Symbolist movement in 1886. When Symbolist artists began experimenting in order to invent new visual languages appropriate for representing modern life in all its complexity, they set the stage for innovation in twentieth-century art. Rejecting what they perceived as the superficial descriptive quality of Impressionism, Naturalism, and Realism, Symbolist artists delved beneath the surface to express feelings, ideas, scientific processes, and universal truths. By privileging intangible concepts over perceived realities and by asserting their creative autonomy, Symbolist artists broke with the past and paved the way for the heterogeneity and penchant for risk-taking that characterizes modern art. The essays collected here, which consider artists from France to Russia and Finland to Greece, argue persuasively that Symbolist approaches to content, form, and subject helped to shape twentieth-century Modernism. Well-known figures such as Kandinsky, Khnopff, Matisse, and Munch are considered alongside lesser-known artists such as Fini, Gyzis, Koen, and Vrubel in order to demonstrate that Symbolist art did not constitute an isolated moment of wild experimentation, but rather an inspirational point of departure for twentieth-century developments.