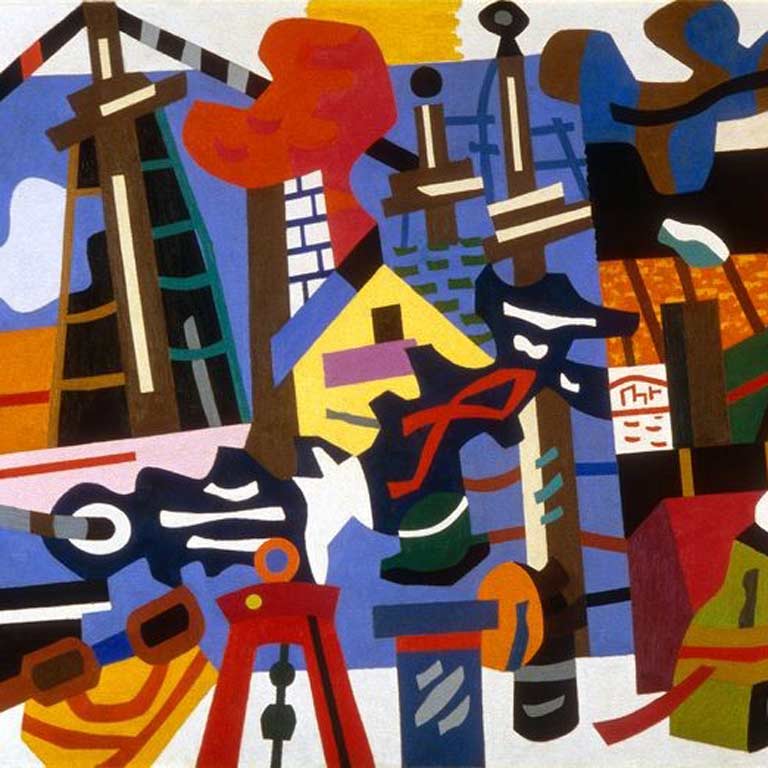 This graduate seminar has been designed around the planned fall 2020 Eskenazi Museum of Art exhibition, Swing Landscape: Stuart Davis and the Modernist Mural, and calibrated to meet the criteria of the new M.A. in Curatorship degree. Davis’s Swing Landscape (1937-38) was originally commissioned by the Works Progress Administration (WPA) for the Williamsburg Housing Project in Brooklyn, New York, but was never installed. It stands as a notable and ambitious American attempt to communicate to a mass public through a language of abstraction. Taking “swing” as its dominant metaphor, the painting opens the door to studying public art during the Depression; 1930s architecture and urban planning; Davis’s strong stance against fascism; and intersections between art and popular culture (including jazz). Students will read the work of major scholars in the field; learn about conservation issues that are inseparable from the study of historical murals; have conversations with Dr. Jennifer McComas, the curator who planned the show; and conduct research that will presented to the public at the end of the semester. (Should the exhibition and/or its programming be postponed or cancelled due to the COVID-19 outbreak, the course will still go forward as a lesson in exhibition planning, design, and research as well as the art and history of the 1930s.)