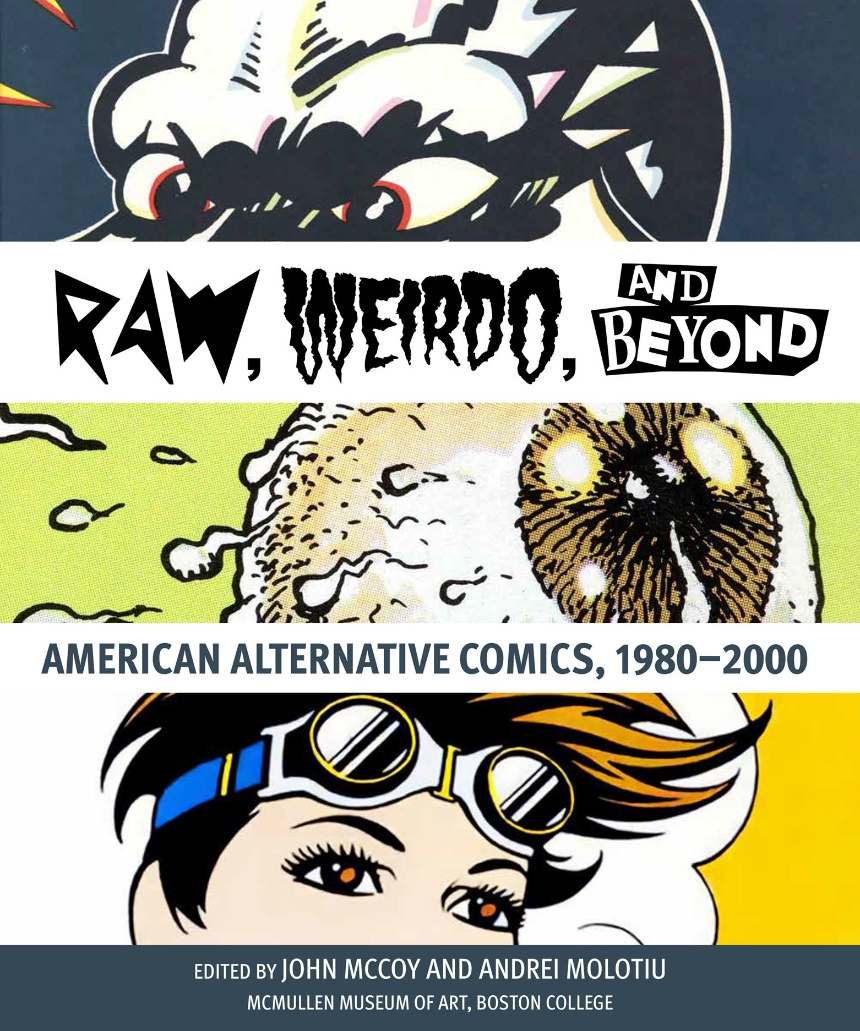 An extensively illustrated catalog for an exhibition of alternative comics, featuring essays that offer interdisciplinary perspectives.

This catalog accompanies an exhibition of alternative comics from the 1980s and 1990s with a particular focus upon artists who contributed to the anthologies Raw (1980–91) and Weirdo (1981–94) and comics from venues such as alternative newspapers and independent presses. Following the popularity and eventual decline of underground comics in the 1960s and 1970s, this next generation of cartoonists explored more complex themes and forms and garnered eclectic readers in new markets.

Featuring 180 color illustrations, this book comprehensively examines the world of these comics from interdisciplinary perspectives. Essayists from art historical, literary, and other fields focus on the role of influential editors and publishers as well as the strategies artists employed to encourage readers to take the art form seriously. Subjects include the aesthetics of Raw and Weirdo, the punk-influenced work of Gary Panter, and the genre-breaking work of the Hernandez Brothers.